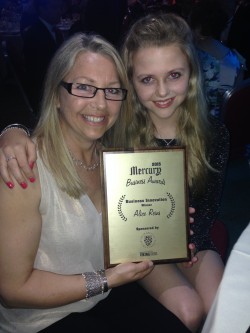 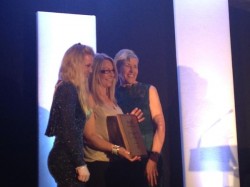 Jacqui Edwards of Stamford Lincolnshire is the latest winner of Alltech’s global search for equine heroes. The second winner in the past three months to come from the UK.

Voted for by fans from all over the world, of the Equine Hero facebook page, the UK is proving itself to be a country of true horse lovers.

Michele Gaskin nominated Jacqui Edwards as her Equine Hero. She describes Jacqui as an inspirational and dedicated mother to her daughter Alice.

Alice is passionate about horses and it has always been her dream to be able to ride a horse. Unfortunately this was difficult for Alice as she was born with only one functioning hand. Nonetheless Jacqui was determined to get her daughter riding the way she wanted to, and designed a type of rein which Alice would be able to use.

This special set of reins has helped Alice to achieve her dream of riding a pony and allowed her to go on to win lots of local pony events!

After seeing the success of her rein design, Jacqui decided that she wanted to help more people and set up a company called Alice Reins. Through this company she sells her special reins for those with lesser grip, such as people suffering from arthritis, those who have had a stroke or even people who have carpal tunnel or other similar ailments.

“Jacqui is an inspiration and has given much hope and happiness to others through her clever thinking of how to overcome the obstacles faced by those wishing to ride who have disabilities. This is why Jacqui Edwards is my Equine Hero!”  said Michele.

Jacqui had this to say of her nomination: “I was absolutely thrilled to be announced the winner of Alltech’s latest Equine Hero Award. I had no idea that I had been nominated and was only told when I had been selected into the final 3. I was overwhelmed and speechless!”

“My daughter Alice still uses her Alice Reins eight years on and could not ride the way she does without them. Since setting up the business – Alice Reins Ltd – 5 months ago, I have been amazed at the comments and testimonials received. I am so passionate about what I do and to see smiles on our riders’ faces is just priceless. I would like to give my heartfelt thanks to everyone that voted for me.”

If you know someone like Jacqui, that goes above and beyond to help and inspire others, nominate your equine hero at www.EquineHero.com.

A big thank you to Alltech for writing such a lovely Press Release.

Thank you for reading our Blog!!